This a CP many of you will have visited and hopefully were not too disappointed. For me the Tullich Burn has always nagged as a substantial river whose upstream areas I had never visited. The map showed it as 10k and 250m of ascent so a fine hour or so jog, even for us slow coaches. I had made 2 previous attempts to visit the upper burn on route to Crannoch Hill, but on both occasions was mutinied by my walking partners. The first resulting in an ascent of the Lower summit and the sceond point 602.

The burn is a fantastic feature with steep wooded valley sides with constant bluffs. From a “running”, and I use the word mildly, perspective it seems the best approach is to cross the burn where obstacles appear as they are never on both sides of the river. I is truly spectacular and is the closest I have ever come to a solo stag with fine antlers. After a while a fence is reached and crossed and the river turns into a small gorge.just after Sluggan Burn heads west, once out of the gorge the valley widens a bit but does not get much easier to run, The West side is the heather free side and a small burn is crossed to a rough track leading to the main track which leads back with ease to the start.

A true pleasure and very keen to try and shave a bit of my opening time,,,,just over 3hrs with no significant stops or wrong turns.

Returning home from a couple of days in the rain on the west coast, I stopped off at Cambus to take these 2 in on a wee circuit out through forest and back on the Deeside Way. Did it from memory so took a while to work out where the firing range was, eventually coming down on it from above! Lots of rabbits at the Monument.

April Showers came with wind, rain,sleet, snow and brother in law. The latter prefers cycling to running so I was kind of thinking of heading to the Vat car park and see what weather did. Went wrong at first junction so ended up on A97, so plan B took us to Loch Davan then road to Raebush and up to Culblean hill in blizzard conditions. Gloves were not up to task but David enjoyed descent to Rashy Burn. I shelved Crannoch hill and headed to cafe viafiring range and Monument. Once warm headed to the river, a place I once lost mycar keys as it got dark, so had not been back. River was great in high water and fisherman out in droves.

Pretty tired by time Aboyne was reached. so much for a short bike ride.

Biked up to Loch Muick with Pete, calling on the Falls of Muick and Cul nan Gad on the way. From the road end we ran up the Allt Darrarie, which is a nice spot and a lovely run back down. Fast bike down to Ballater and a slow run up Craigendarroch. Then coffee in the Bothy, by which I mean cake. Easy points from then on – Tullich shooting range only about 10 mins, monument only 3, River Dee about 15, boardwalk 7, bit longer up the Vat Burn – didn’t really know where the point was even though I chose it, so just went up until we ran out of clliffs and took the high path back. Finally only 8 mins to the mouth of the Logie Burn, which was very quiet and peaceful though it was getting a bit dark by then. 62km on the bike in 2 hours 20, 20 km run in 2.10, 20 mins in the coffee shop and a not inconsiderable time changing shoes. 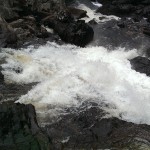 Friday 13th March
A nice mountain bike canter along the Deeside Way, with detours off to check out the Dee opposite Inchmarnoch, the Monument memorial to Farquharson of Monaltrie, the founder of Ballater, and then on to the Crannoch firing range.
So where did they shoot from to the targets point? It looks like there may have been prone shooting positions just over from the footbridge?

>
I had 20min to spare before a panto meeting in tarland, so headed out to the stone circle and back. It was very dark. >
> Sent from my iPad

We had set out from Dinnet by mtb to get 63, 64 and 65. We bumped into JaneO in the car park and she advised doing 65 via Milton of Tullich and then crossing the river by small bridge.
We decided to completely ignore her valuable advice and do it our way (the awkward way).
Since were on bikes, we were blooming well going to make the most of them. Our route would be to climb part way up the Ballater mast road and then hike down to the firing range. Actually it worked quite well except that the range is quite well hidden from above but we eventually found it.
I presume the apparatus shown in the picture was for hoisting targets for the toffs to fire at? Does anyone know the history?
A climb back up to our bikes (bracken could make this very difficult come summertime) and a bit of a swoosh back down the track.
Stopped at the biker-friendly (and much improved under new ownership) Crannach tearoom.

Sent from my Xperia™ tablet 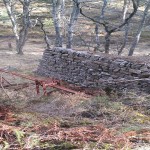 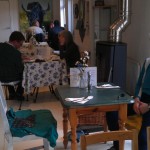 Walk with the family from Cambus, two interesting places that we had never been to before.

We set off from Cambus car park with the first challenge of the day to hunt for my compass that I dropped during Night O at Cambus on Wed. I knew where it was within an area of ~20x20m but after 10′ of hunting we had drawn a blank – until just as I suggested abandoning when Jon found it at his feet. We then picked up the path up alongside the Culsten Burn, following it N for a couple of km before striking up the side of the hill through some deep snow and onto Crannach N summit. It was a beautiful day with clear blue skies and cracking views. We followed the ridge all the way south to the top of some crags before dropping steeply to the west down towards the Tullich shooting range. The scraggy old sheep looked like it had survived the fire by developing good camouflage. Then it was back along the path and across the A93 to the Deeside Way with a short detour to Tullich monument before returning to the car. 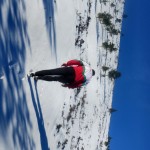 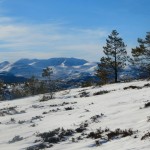 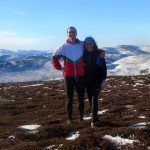 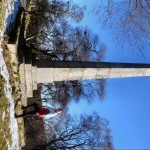 An easy jog to a new destination.

Sent from my Fire 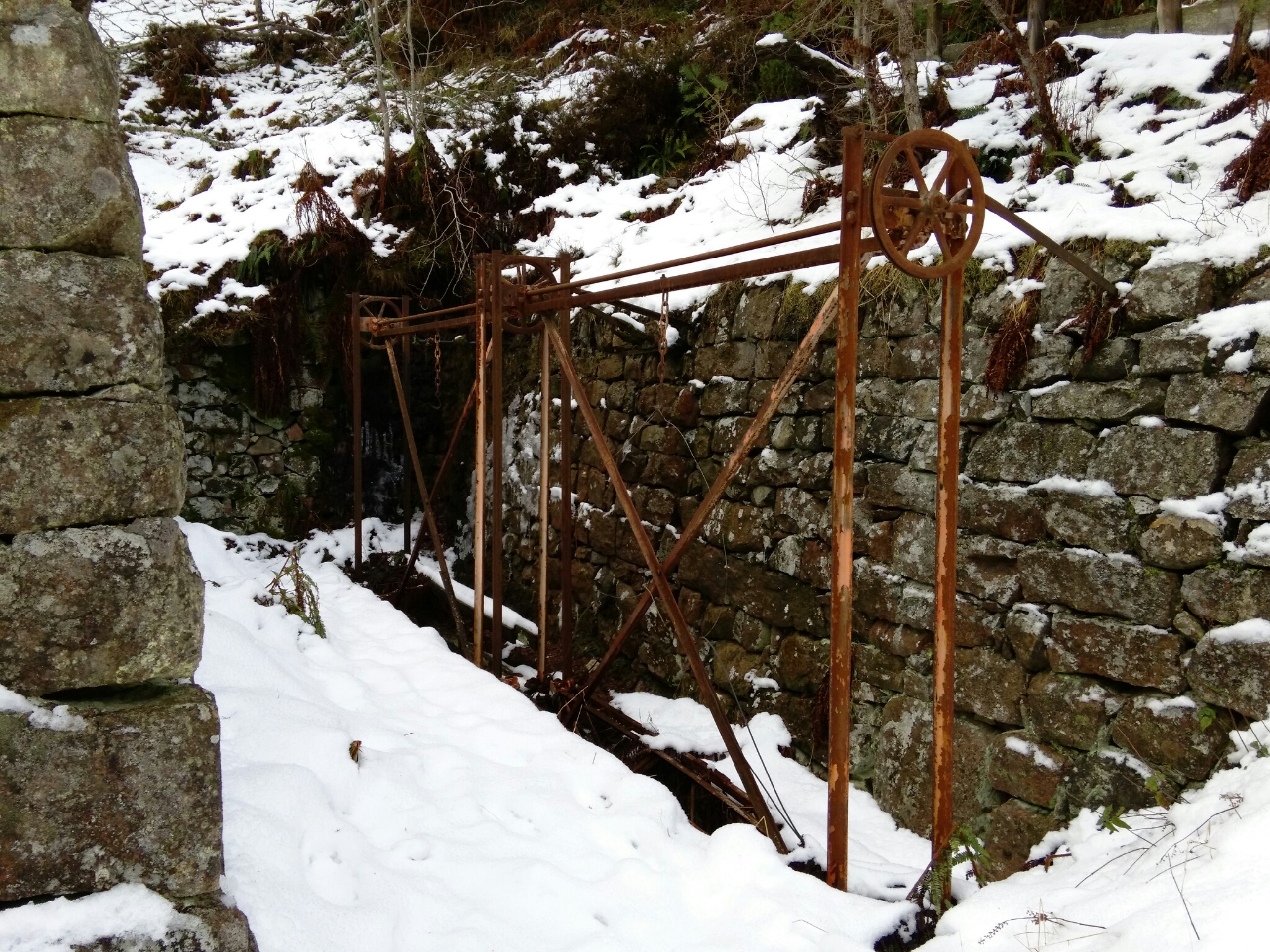